Hit enter to search or ESC to close

With great pressure on veal prices, efficient ration utilization is more important than ever. Good rumen development is essential in order to achieve optimal feed conversion. Establishment of a healthy microbial ecosystem and the initiation of solid feed intake with the associated fermentation processes and absorption mechanisms are of great importance here. FachHochschule Südwestfalen, in collaboration with FeedValid, has investigated the effect of bread meal on the rumen development of calves. This research has shown that if (part of) the wheat in the ration is replaced by bread meal, the rumen develops better and thus the ration efficiency improves. 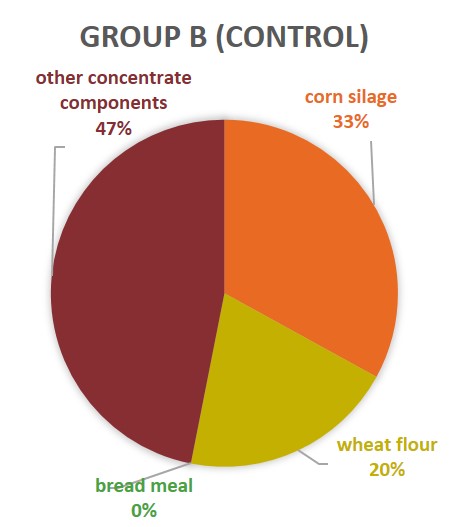 Fachhochschule Südwestfalen carried out the research on a veal farm in Germany. 80 rosé calves were weighed on arrival at the farm (week 6) and divided into 2 groups of equal average starting weight. The ration consisted of corn silage and concentrates. In addition, the animals received about 100 grams of straw per day. For group A, part of the wheat in the concentrates was replaced by bread meal.

Both feed intake and live final weight were recorded at group level. All animals were slaughtered for commercial purposes at week 31 by a certified slaughterhouse. All animals were weighed before slaughter and their rumen was examined for development of the rumen papillae (ventral and dorsal rumen sac) and for absorption capacity.

The results show a clear effect. The group fed with bread meal shows:

Group A (bread meal) achieved more kilograms of growth with less concentrated feed, resulting in a lower feed conversion. This can be explained by the high water absorption capacity of bread meal. As a result, a satiety effect is achieved earlier and the rumen microbes have optimal time to digest the readily available starch. 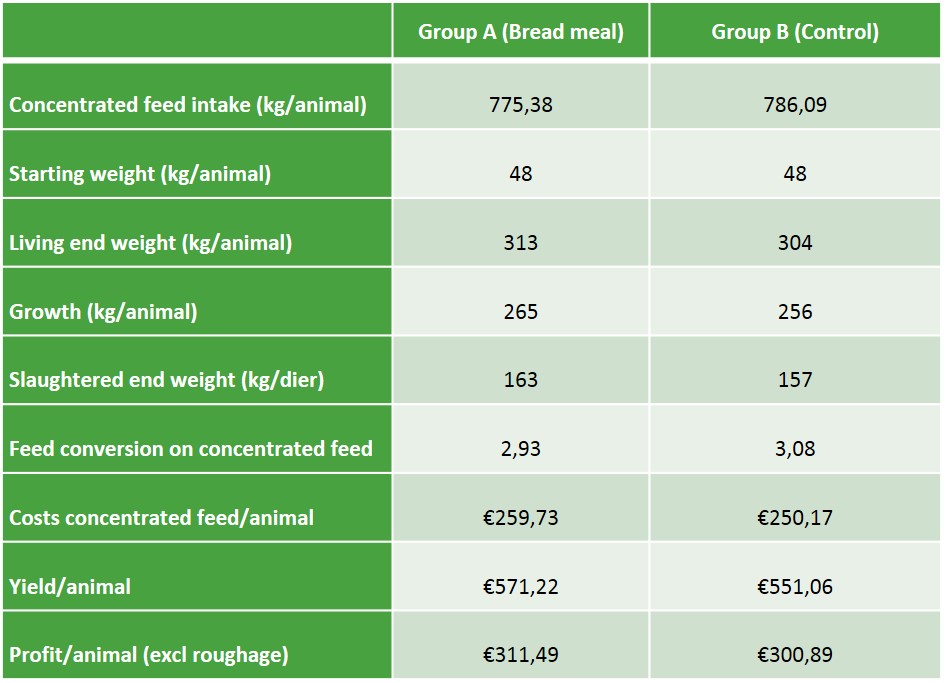 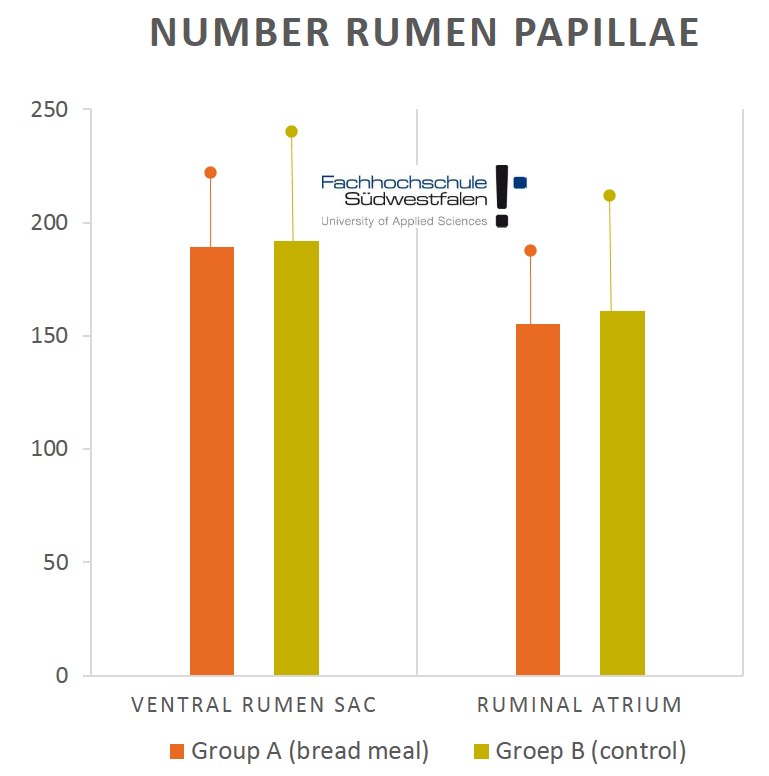 There was no significant difference between the two groups in the number of papillae. However, the proportion of large papillae was significantly higher for group A (bread meal), so that a larger absorption surface in the rumen is available for nutrient intake. The nutrients from the feed can therefore be absorbed optimally.
Both the production results and the development of the rumen thus show positive effects of a share of bread meal in the ration. The addition of bread meal also resulted in such a higher slaughter weight that, despite slightly higher concentrate costs, a higher profit of € 10.60 per animal was achieved.

Want to know more about this trial?

Please contact our nutritionist or our sales department for more information about this trial.